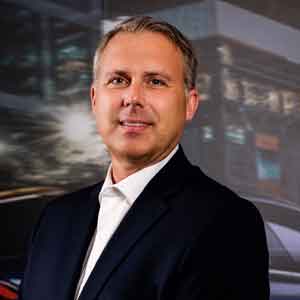 Vehicles have been connected to the internet since the 90’s, when this concept was termed “telematics.” The early systems started out with safety and security services (eCall) and later added user services, such as remote lock and unlock, cabin pre-condition and find-my-car, as a few examples.

Since then,these services and features have evolved from largely being SMS-based to now where the vehicle is really a remote computer on wheels and being native to the Internet of Things (IoT). It is widely anticipated that 85% of all new vehicles will be connected and part of the growing IoT segment within a few years. In fact, several regions already require vehicles to be connected.The EU has mandated eCall in all cars since 2018 and China requires electronic reporting of emissions.

When these systems were first introduced, they offered only basic functionality. But in the last 10 years Infotainment systems and additional features found their way into vehicles more frequently fueled by the proliferation of high-speed cellular networks.

Todaywe are looking at a revolution in car connectivity, where the vehicle is a true IoT native!

As with any other IoT device, the vehicle now has a digital twin in the cloud, reflecting the status of the real vehicle. The OEM can instantly see the operational status of the vehicle and perform advanced analytics, such as battery health, maintenance status, warranty issues and perhaps most importantly, the software status and operations of every system. Another key feature is Firmware Over the Air (FOTA), that allows constant upgrades and fixes to be deployed quickly to the entire fleet in the field, regardless of access to dealers. With the car complemented by a fully featured mobile app, and accessing the digital twin, the user has full control of the vehicle. Drivers can even enable and disable features or rent/lease/subscribe/buy new features such as more power (Sport Mode), battery capacity(Range Mode)and specialized user experiences on demand (Track Day with AI DriveCoaching).

​It is widely anticipated that 85% of all new vehicles will be connected and part of the growing IoT segment within a few years.

Many features that we now associate with IoT will not only become available in the car, but the car will be integrated seamlessly with other systems as well. Vehicle and chargers will seamlessly communicate, your car will be fully integrated into your home automation and alarm systems and can also prepare the house for comings and goings.

Upcoming vehicles, and especially EV’s are mostly software defined, meaning that core features and behaviors, including the quality of the ride itself, can be updatedand continuously improved, allowing a car to continue to offer the latest and greatest features, long after it rolls out of the assembly plant, much like a PC or mobile phone.

OEM’s also greatly benefit from IoT in terms of more efficient operations and warranty management; using AI for operational and anomaly analysis where fixes often can be deployed remotely;and monetization of data from the vehicle. This type of monetization does not have to involve any personal information but can be completely anonymous yet still valuable. Traffic flow, movement patterns, and data about the vehicle environment and roads are needed in many applications -- especially autonomous vehicles that need highly accurate real-time road condition data.

With a critical mass of vehicles -- even including motorcycles -- a whole new world will open up with close collaboration between vehicles, drivers, bicyclists, pedestrians, and smart cities greatly reducing congestion while increasing convenience, safety and security!

Unlocking the Value of Connected Cars

Comprehensible Distribution of Training and Information...

The Current Focus is On Comprehensive Solutions

Big Data Analytics and Its Impact on the Supply Chain

Carmax, the Automobile Business with IT at the Core

The CIO's role in rethinking the scope of EPM for...

Transformative Impact On The IT Landscape

Get Ready for an IT Renaissance: Brought to You by Big...

Technology to Leverage and Enable

Speed is the Name of the Game

What It Truly Means For IT Security To Bea Business Enabler

Policy is a Key Solution to Stopping Packaging Waste

Congestion-Driven Basis Risk, A Challenge for the Development of...

However, if you would like to share the information in this article, you may use the link below: